When I first heard about MTL 24/24, I was curious to know more. By discussing critical nightlife issues, the non-for-profit works to support and unify Montreal’s night-time ecosystem. I sat down with of its co-founder, Alexis Simoneau, who spent years producing events and coordinating various moving parts of Montreal’s local nightlife.

The goal of the initiative is to gather the many voices of Montreal and form a single organ which can verbalize its issues and concerns to city officials. Furthermore, it wants to facilitate intercommunication of various nightlife actors and influencers, providing key information on legal specificities and the likes. Amidst the COVID crisis, MTL 24/24 would like to know more about the nightlife industry’s situation. Anyone working within the nightlife scene is welcomed to fill in their survey.

By forming a council of nightclubs, artists, curators, record store owners, promoters and any other complementary sectors, MTL 24/24 sees the value of unifying the industry into an official singular commission. “Since our needs can be so specific, you can’t expect the politicians to know our exact needs and obstacles. It’s sometimes our duty to educate them” said their third guest, Sunil Sharpe, founder of Give Us The Night, a similar initiative based in Dublin.

An undeniable source of inspiration is Berlin and its club commission. Lately, club owners have been fighting to attain the same cultural status as opera houses. The situation around the nightlife industry of Berlin can also be echoed here in Montreal. “Any party past 3am is considered organized crime” said Alexis as he was recounting the perils of his past years as a rave organizer.

FALL OF THE INDIE VENUES

The controversial story of the Divan Orange which was closed by the persistence of a single tenant made the whole indie-venue scene worried for their future. A year or two later came the turn of the 13-years-standing coop Katacombes, who decided to close its doors. A byproduct of gentrification, says co-founder Jannick Langlais, lashed by constant rent raises.

Alexis insisted that the initiative is not solely for clubs, but for anything that is within the nightlife ecosystem. Aside from Jannick Langlais, who was the guest speaker for their first edition, MTL 24/24 also includes people and businesses that work in tandem with the nightlife industry. Their second guest was Kris Guilty, La Rama record store owner and Montreal-based DJ. Kris wanted to extend his hours of operation to better serve his late-bird clientele. He instead found himself in a restraining situation where he faced high fines.

At the end of the conference, I found myself filled by an urge to make a difference. A feeling that unity has a stronger voice. As I reflected on what had just been said, I asked myself; what needs improvement in the mechanics of our industry? What are common obstacles and struggles that promoters, artists and venues are facing?

For those who wish to participate in the initiative, MTL 24/24 is taking in candidates for their council. Applications are open until May 4th. 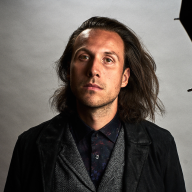